This is somewhat exaggerated. Big hair, many frills, much jewelry but (most important) – highly content.

Experiment in representing form through contours – similar to a map. The subject could be carved from a block of wood. I’m quite fond of the effect, which was largely accidental. In the ‘must try again’ category. 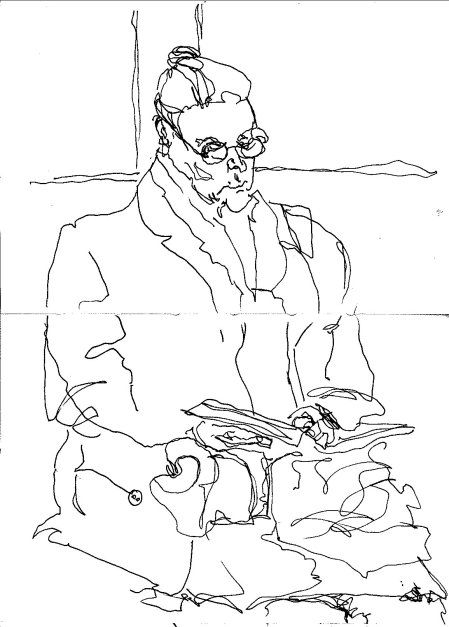 A hairstyle you don’t see too often these days. Reminds me of a (terrible) joke: did you hear about the woman who was electrocuted at a bakery? She stood on a bun and the currant ran up her leg. Boom boom. I’ll wager the lady in the picture would not approve.

Most people don’t bat an eyelid when you sketch them on the train – perhaps because they generally don’t notice. This man, was sort of an exception. While there were no obvious hostilities, I didn’t really get the impression he was all that pleased. It could have been the staring (me) or the loud munching of a packet of crisps (someone else). The latter was definitely a bit tedious.

In Asquith, waiting for a train 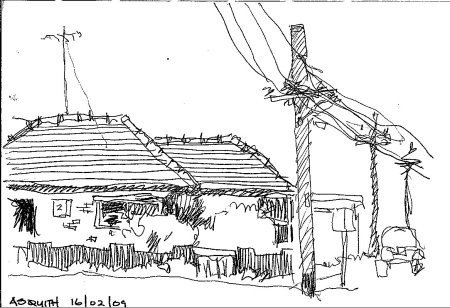 Proving that you can draw pretty much anytime, anywhere. Knocked this out while waiting to meet someone from the train, sitting behind the wheel of our car (wasn’t driving – I’m lacking in multitasking abilities). You don’t really need to be in a ‘remarkable’ location, just what you do with it, I suppose. The parked car is perhaps rendered a little too freely – would be fantastic if you could buy a model like the one in the drawing (assuming you can make it out). Probably wouldn’t handle the best, though.